I’ve been seeing a lot of lists flying around the internet lately (because that’s how I picture the internet. It’s kind of like outer space, but very cluttered). The Oscars are coming up and people are as outraged as ever about those films/performances/writers/whoevers that were looked over. But I want to try to look past even all of that. Hey, I’m with you, Sam Rockwell and Larry Gopnik should have both been nominated. And this pickle and cheese sandwich I’m eating is giving a more inspired performance than Morgan Freeman did in Invictus. But what about these fellas?:

5. Jason Schwartzman in Funny People – There was a lot I really liked about Funny People (the soundtrack, Adam Sandler, its varying overall tone) but I liked Jason Schwartzman the best. Though he does seem to be playing a character he plays a lot – the megalomaniac, smart-but-not-that-smart, schmoozy geek – he just does it so well! I remember when they were releasing short clips of his television show in Funny People, and there was confusion – on my part. Just what was this “Yo, Teach…!”, and how can I get my hands on it as soon as possible?? Incorporating “Yo, Teach…!” into Funny People was genius, and Schwartzman’s performance is genius, giving a comedic release to a movie that, otherwise, it pretty much a downer.

4. Philip Seymour Hoffman in Pirate Radio – I’ve already blabbed on and on about how much I like Pirate Radio. I think the biggest reason I liked it was because of how interesting, approachable, friendly, funny, and…well…likable the characters are. I want to live on that ship, and I want to be friends with everyone on that ship. None more so than Philip Seymour Hoffman’s The Count. He delivers this performance with amiability and fun that you don’t often see Hoffman exhibiting with his characters. So, while Hoffman is anything but “unsung,” I don’t think he’s gotten enough credit for the fun, silly side of the actor we see here.

3. Paul Giamatti in Cold Souls – This film came and went without the praise it deserves. And Paul Giamatti shines as an actor who is bogged down by his soul, so opts to put it in storage. He’s wonderful at switching between his overly dramatic, emotional side and his light, clueless soulless side. Giamatti has never gotten the attention he deserves for the roles he deserves it for (remember his oscar nomination for Cinderella Man and his overlook in Sideways?) and this, I think, is another example. 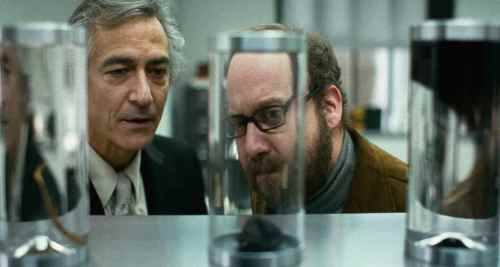 2. Willem Dafoe in Antichrist – Everyone’s talking about Charlotte Gainsbourg in this film, but I think the unsung heroes of any Lars von Trier movie are the male actors. Sure, they don’t seem to be as harassed and beaten down as the female actors, but, subsequently, they don’t get any attention for doing some of the fucked up things they’ve got to do on set! Like get their penises pummeled by logs! (I assume that was real?) Dafoe is a-maz-ing in this role. His unique features and sinister voice made him the perfect casting choice, because no one expects him to turn around and be sympathetic. So good.

1. James Gandolfini in Where the Wild Things Are – It’s hard to create a character using only your voice. I assume. I’ve never done it…but I bet it’s hard. And James Gandolfini mastered it in this film. When he first shows up, he’s immediately Tony Soprano, but he’s able to divorce himself from that iconic role and deliver a performance that’s so sensitive and touching that it had this bitch crying. That’s quite a feat. 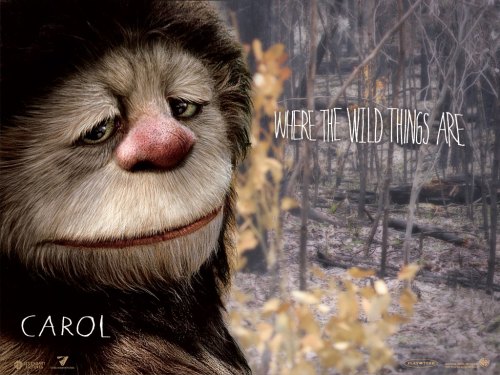 Runners up in no particular order:

Isaac de Bankole in The Limits of Control

Paul Rudd in I Love You Man

One response to “Top 5 Unsung Male Performances of 2009”